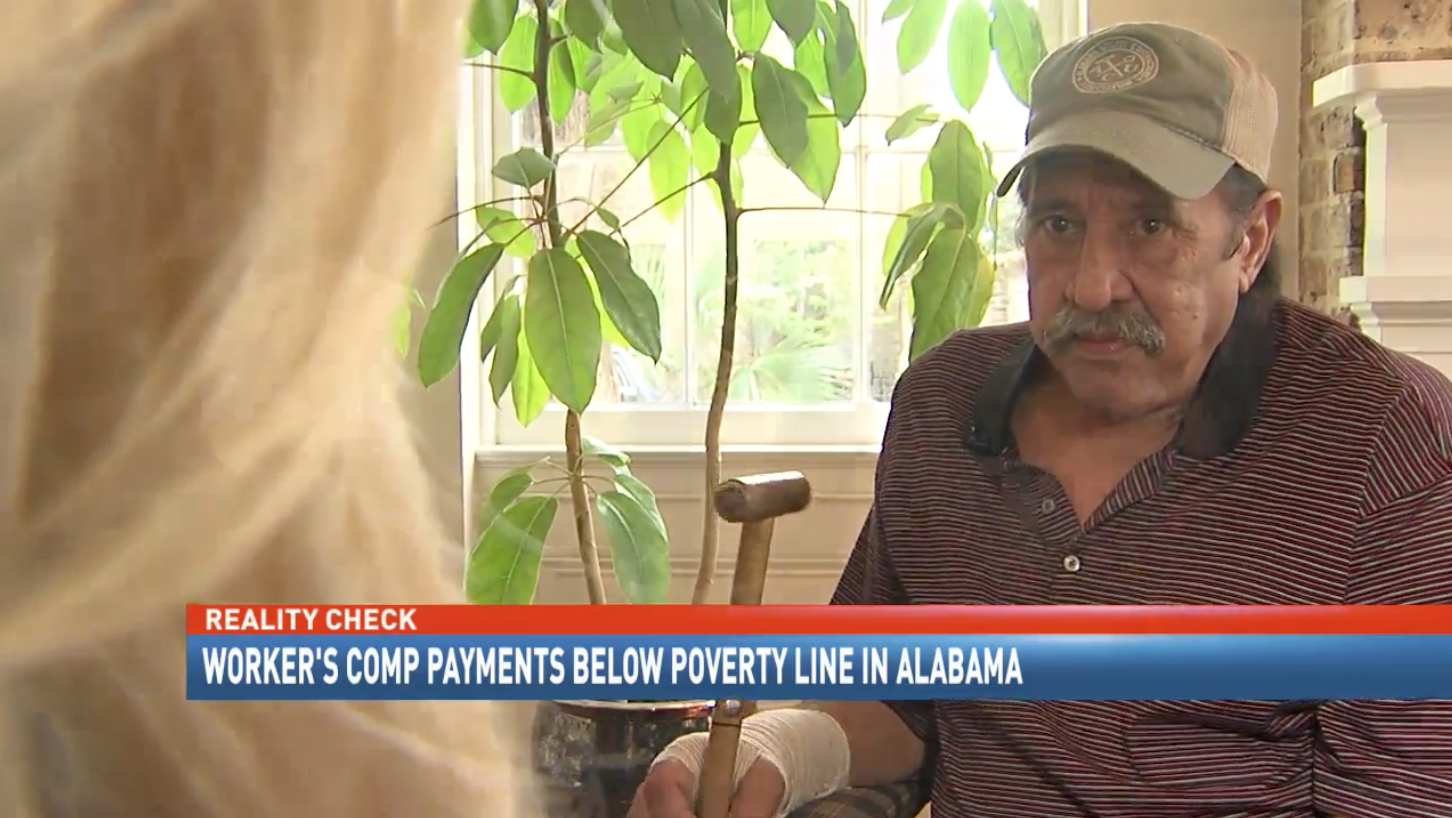 In May 2017, a Circuit Court judge in Jefferson County, Alabama declared the Workers’ Compensation Act unconstitutional. For the past 30 years,  workers in Alabama have received $220 compensation per week, which is the lowest in the nation. This puts workers in Alabama well below the poverty line.

Browning Law Firm has represented Mr. Stanley Nasser, an injured worker, with his workers’ compensation case. Mr. Nassar spoke to Local 15’s Andrea Ramey about how the Alabama Workers’ Compensation law has impacted his life and ruined his finances.

Mr. Nassar was struck by a truck more than four and half years ago as he was placing an orange safety cone in the road. The impact threw him 100 feet and shattered his right leg in more than 90 places. Both of his lungs were punctured.

The low weekly compensation payments puts many injured workers below the poverty line. “I’ve lost everything. I lost my house, the wife and a dog. Everything,” said Nassar. “I felt like they were punishing me for getting hurt.”

This ruling is long overdue. *need to elaborate here

A ProPublica study found workers in Alabama get the lowest pay outs for injuries in the nation. One example, if you lose an arm the max compensation is $48,000, compared to the national average of $169,000. To see this study and how other juries compare click here.